The history is much older than Wikipedia provides us, but we accept this for now.

The above link provided for the education of president Donald Trampito

The above link provided for the education of John Boltonili

Reza Shah undertook a series of reforms aimed at turning Iran into a modern westernized nation.

These reforms included the structuring of Iran around a central Persian identity, the often brutal suppression of tribes and their laws in exchange for strong a central government, and the expansion of woman's rights.

Part of Iran's method of achieving this was through the banning of veils in public.

Empress Soraya of Persia (Iran) poses in the studio of Italian fashion designer Emilio Schuberth, with an evening dress made of white Organdy as the designer adjusts some pleats in Rome, Italy, May 13, 1953.  According to roomers, the cost was just a tanker of oil. 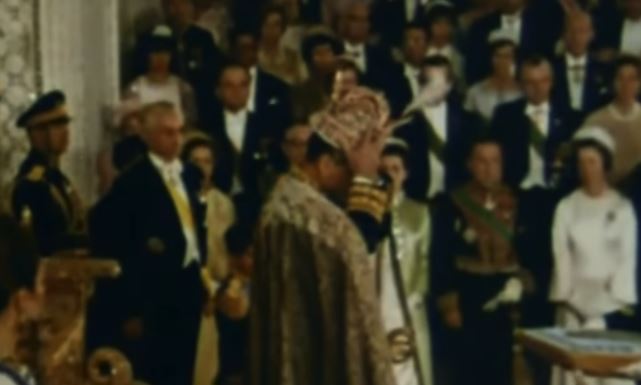 shah of Iran amazing party, decadence and the downfall 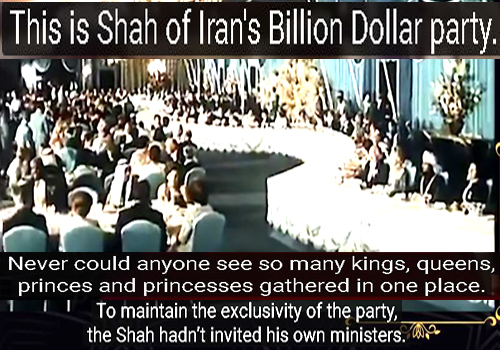 Years of Autocratic Rule by the Shah Threw Iran Into Turbulence 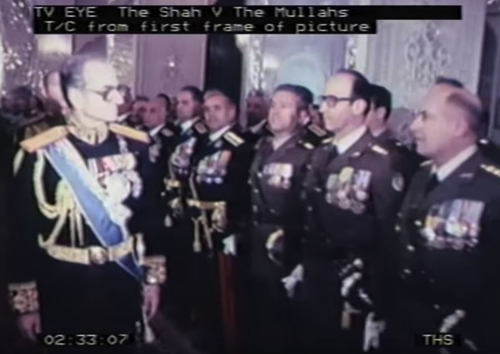 1979 Iran Revolution: How It Happened 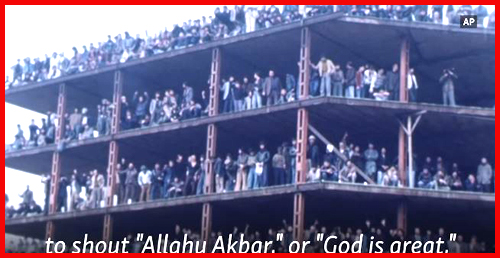 Anger towards the monarchy, the Shah fled the country.

Death to Shah death to Carter
On January 16, 1979, in the face of increasing civil unrest in Iran and anger towards the monarchy, the Shah fled the country, paving the way for the return of exiled religious leader, Ayatollah Khomeini. Khomeini and his forces would soon overthrow the secular government, establishing the current Islamic Republic and beginning a period of tension with America that endures to this day.

A deeply conservative nation that is undergoing a radical change.

Legendaryboy98 When they are saying death to America and Israel they don't actually mean the people but the governments who are the reason for the destruction of many countries. 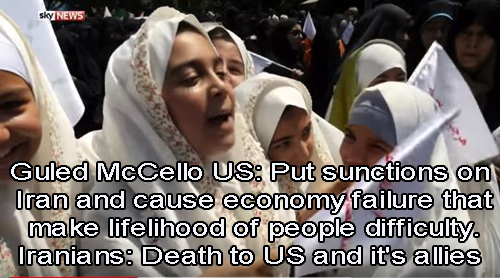 Firenaut  IRAN is a country that hasn't invaded anyone for 200 years. The US has attacked over 72 countries since WW2.
sok mono The good thing is they don't use the smartphone while walking.
impiix I'm Polish. I just came back from Iran. The most hospitable and helpful people on the planet.
Francis Orih Went to Iran once. I will go again soon. Loved it!
Marc Roth Iran is one of the most beautiful Countries on this Planet. Amazing Culture and really lovely people!
King Kong, I traveled to Iran 3 years ago. Nowhere in the world, I met so friendly and hospitable people till now! Love from Germany 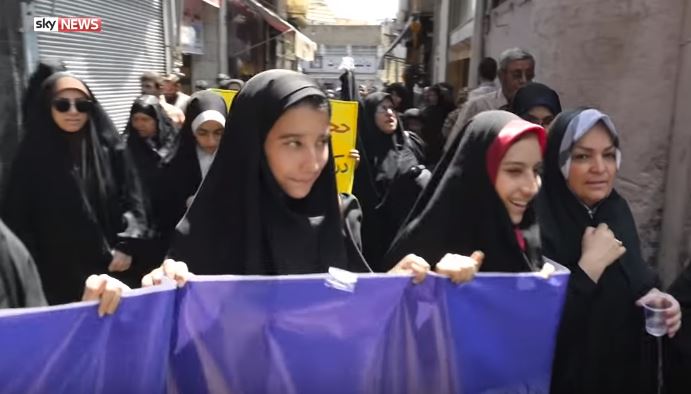 Gene Bazan, I asked Òðinn about Allah a the hooded one said Allah never heard of her.

Mohamed Abdulaziz Ayatullah Anni. Kindly clarify in your interviews and presentations which sharia you mean or refer to. Is it Iranian Sharia or Islamic Sharia. These are two different entities. Whatever punishment you faced was I believe under Khomeini Sharia (Iranian Sharia).

sleeping beauty quoz area can anybody share her Iranian origin documents or another fake video by fake Girl just out of jealousy of Islam. the only true and best religion in the world.
Duafromabove Is she being paid to spread those lies? mini gul I am challenge u miss Cyrus one day u will come back to Islam for Ur inner peace My Name A mosque is a place of worship to God (Allah), I don't know why she is misguided to people...might be she had been mishandled in Iran personally... that's could be one reason to react... but no problem Aynaz Anni I will not abuse you tho I wish to answer you badly but here someone who stopped me to do so...because Allah says in Qur'an 109:6 (لَكُمْ دِينُكُمْ وَلِيَ دِينِ) Translation: "For you is your religion, and for me is my religion.”
UndeadKhalid such a lie.

Waysav This woman might have some valid insights into Iran's Islamic theocracy, but when it comes to Muslims in America or any other country besides Iran, for that matter - I rather doubt she knows what she is talking about. She's peddling a lot of half-baked generalizations.

MUHAMMAD AZLAN Rasimun I pity you, Anni, for being so misguided about Islam.
I take that you were being unfortunate to experience the trauma of Quran misinterpretations when you were very young. Blame the bad guys but not Quran as the latest revision after the corrupted Bible. Any good Christian believer knows Muhammad is the last messenger & Quran is the words of God. May God guide you to the straight path Amen.

Rahi Abrar whatever she said about mosques being centers of sharia and radicalism and what not ..surely stuff like those doesn't happen in my country lo. people go to the mosque, pray and then get back to work. Mosque stays vacated until the next prayer. This woman is a liar and she will be judged by God., 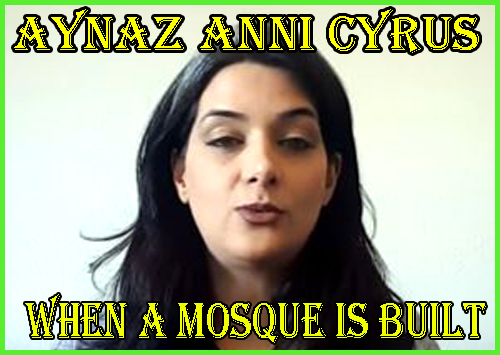 Within Iran, many of the estimated 15,000 Jews say they're safe and happy living in the Islamic Republic. Reza Sayah takes a rare inside look at life for Iran's Jewish minority.

You may start a war but be assured we will be the ones ending it.

That message from the Islamic Republic of Iran’s General Qassem Soleimani to the United States is one to not be taken lightly. This can be seen in the context of Trump’s all-caps tweeted threat to President Rouhani, Bolton’s attendance of the MKO terror group gathering as well as the growing anti-Iran alliance between Israel & Persian Gulf sheikhdoms. As Gen. Soleimani has said, Iran is no pushover & if the US couldn’t even succeed in Iraq or Afghanistan, how can it ever take on Iran? Join me, Waqar Rizvi, as we discuss growing threats to Iran.

Cheryl Brandon Sorry Mr. Lane, Iran will never take any behavioral lessons from an INTERNATIONAL OUTLAW and War Criminals
Mohsen majlis America will see it's darkest days ahead..... without Israel and Al Saud 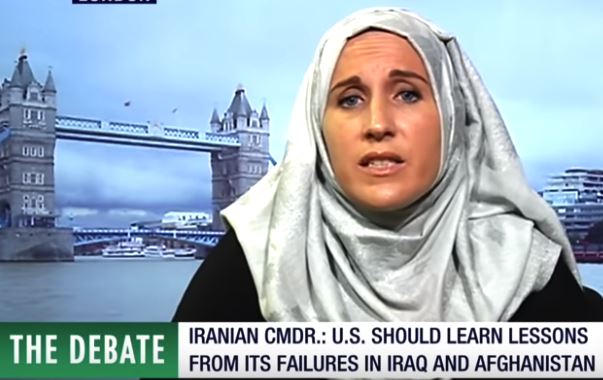 IRAN DROPPED THE US DOLLAR BY KIM IVERSEN

The REAL reason the U.S. picking a fight with Iran

Madeline Cruz, You have become my favorite person to listen to on YouTube.
yukafidah1 This kind of information puts the political scheme into perspective. Thank you
Mehran Ramsey As an Iranian-Canadian I fully agree with your excellent analysis. Your presentation is superb
parizad momayzan god bless the people who tell the truth. thank you.
Cydp Palley First time listener. Thank you for putting the truth in perspective. Brilliantly put!
SEVEN of NINE u have my sub.... this woman is one smart cookie ( gorgeous as well)
Desert Mantis Excellent explanations, Kim. Thank you.
POSTED IN https://billboardorg.com/ BY SPYROS PETER GOUDAS TORONTO ONTARIO CANADA UNDER COUNTRIES & BEHAVIOURS 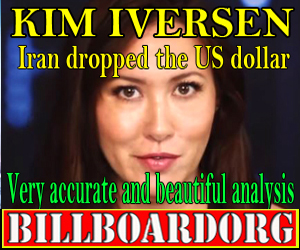 Who is John Bolton with that ridiculous mustache?

GO N He looks like a complete wimp. Even more with that ridiculous mustache. 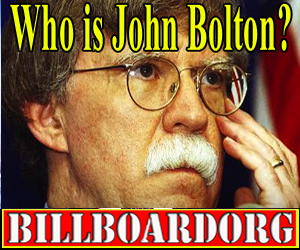 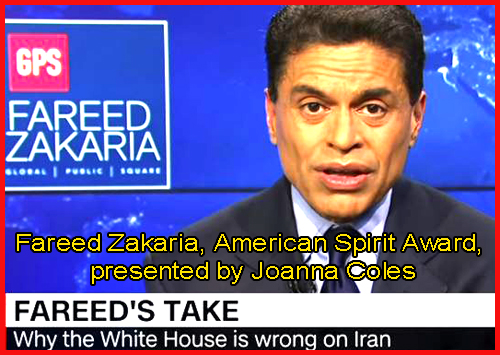 Join Rick as he explores the most surprising and fascinating land he's ever visited: Iran. In a one-hour, ground-breaking travel special on public television, you'll discover the splendid monuments of Iran's rich and glorious past, learn more about the 20th-century story

Hassan Jafari As an Iranian, I am truly impressed by your video as you managed to project an actual image of the Iranian people and culture.

Will Berry I've learned more in 44 minutes about Iran then I've known in the last 57 years.
Thank you, Rick. 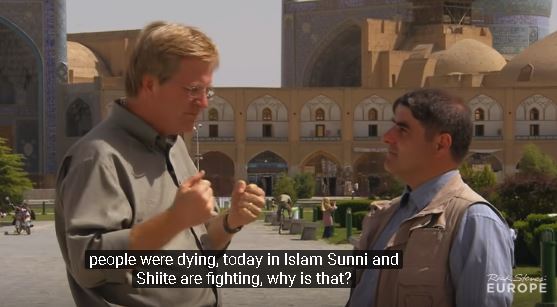 ONLY THE GREEKS ( THE SPARTANS & ATHENIANS! LEONIDAS AND THE BRAVE 300") WERE ABLE TO GO AGAINST XERXES AND THE PERSIANS IN 480 BC.

Last Stand of the 300 documentary 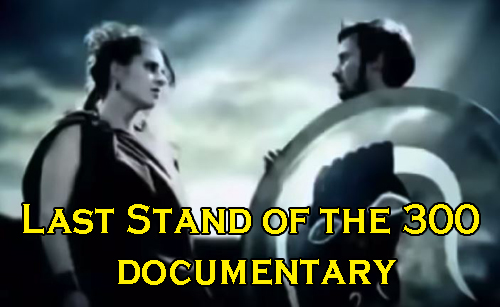 Victor Soto How long has the US-occupied Afghanistan, 17 years? That's almost twice as long as Russia and we have accomplished nothing except losing men and money.
Iran is a stronger and larger country and the US could be there, suffering casualties for years. Probably Iran would resort to asymmetrical warfare and its people would gladly die to defend their country...American troops would be there to do a job they don't want to do and suffer the consequences of disinterested motivation.
Americans, are you ready to send your kids into another military-intervention by a crazed-orange clown, and are you willing to have them die for nothing, only to appease Trump's cowardly bone spurs? Think again.

Hani Hani Trump is going to make a big Mistake. Iran is not Iraq.

LionKing - actually the USA is the servant of Israel and Jewish people.

Berg Djelderian  In case of a war, the jews around the world would be a target, to the Hezbollah sleeper cells.

Luis Valadez, I am afraid the USA has no chance to win that war

Panty Sniffer America will be bankrupt after this war

Vahid Aatabaigi I am from Persia (Iran), Persian people are not following the Iranian regime, but if the USA wants to attack to our cities and people like what have done in Iraq and Afghanistan, I swear god Iran will be a great cemetery for American soldiers

Dennis Kucinich War with Iran!
Are you kidding me?

Sezi Mik I am an Iranian and I have a lot of respect for this guy. 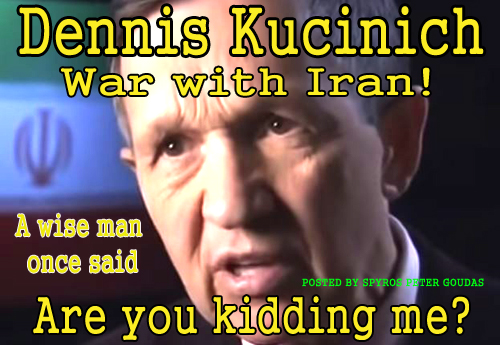 PM Netanyahu to the Iranian people

Mir Haider This idiot just made Iranians hate him even more. He doesn’t understand that Iranians are super intelligent and educated.