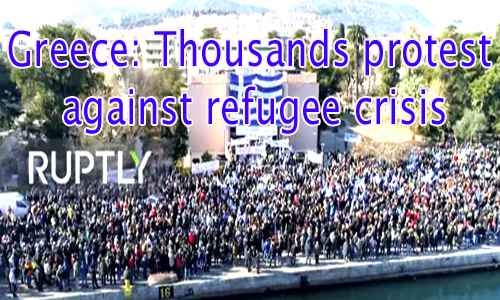 We wrote an article in 2015 about Syria. We know then the problem that was coming but we did not emphasize to the full extent the situation to sent the people to panic. We wrote the following:

(The purpose of this posting is not to try to solve the issue but to see the effects.)
In addition, we made a comment about an English man by the name of Eric Kempson by saying:

At least 35,000 have washed up on the 10 miles of coast near Eric's home.
Most of them are Syrians fleeing the war and chaos in Syria. In the absence of any aid agencies, help from the Greek authorities or the European Union, Eric and his wife Philippa along with their musician daughter Elleni, in addition to a handful of other volunteers and tourists, spent every day helping the thousands of vulnerable refugees and migrants who have landed near their home.

Within the article, we notice a German politician mentions the following on public television.

We recommend clicking here to read the article about Syria 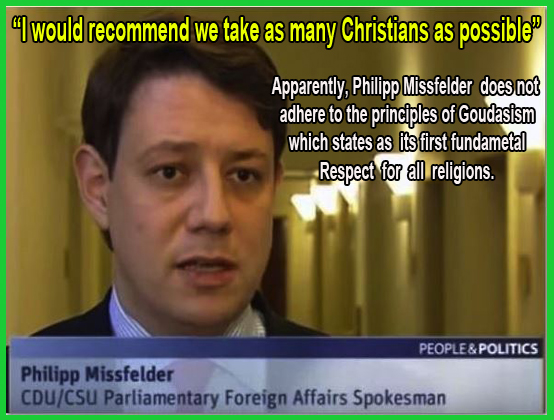 Mr. Philipp Missfelder clearly stated twice in the video the verification of his religious preference in favor of Christian refugees.

He ignored altogether the big picture and the problems in the Middle East. This is not a religious issue. This was a humanitarian issue and as human beings, we should try to assist the refugees to find their way through life. Mr Philipp Missfelder broke every rule of the (Goudasism)

Soon after that statement, his name was in the news.

"The German conservative politician Philipp Missfelder died on Monday 13 July 2015, at only 35 years old," CDU-parliamentary leader Volker Kauder said in Berlin. The cause of death is believed to be a pulmonary embolism.

The article below was created in 2014 / 2015 to help the Syrian people who really needed help at the time.

They did not immigrate from Syria anymore, but from Afghanistan, Pakistan, Iraq, Jordan, Libya, Kenia, Algeria, Cameroun, Ghana, Ethiopia, Eritrea, and others. 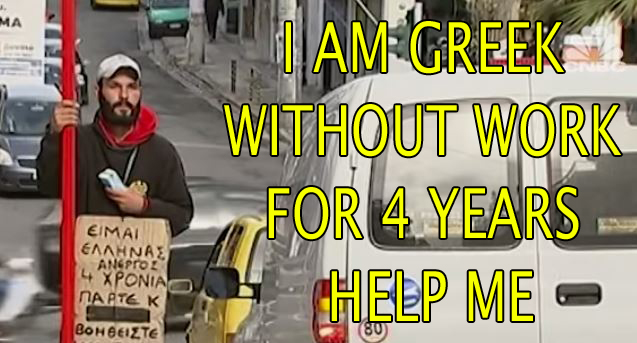 Sweden Deaths climb in the country that didn't lockdown

mpgxsvcd This is Russian Roulette on a grand scale.
BROKEN ARROW THIS IS WHAT HAPPENS WHEN DARWINISM RULES. 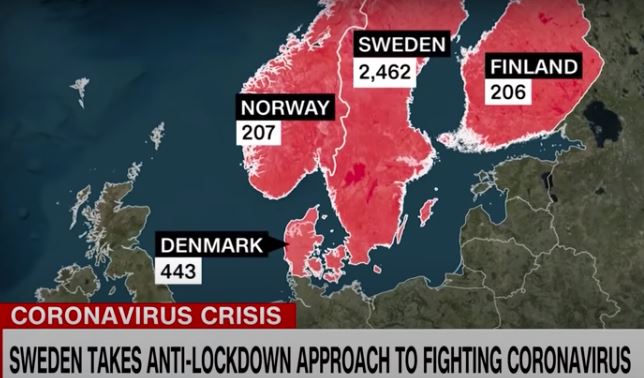 Canadian fruit and vegetable growers already suffering losses amid the pandemic are now being hit by a labor shortage. As David Akin reports, seasonal farmworkers are choosing to stay home and receive Canada's Emergency Response Benefit. 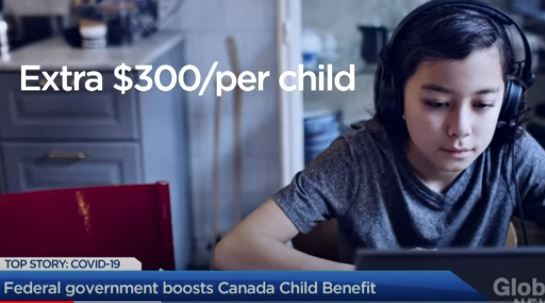 The Brazilian carnival of Rio Janerio was one of the best in the world.

Up to the end of the Carnaval on 24 of Feb 2020, there was not even one death.
The number of tourists was millions. Two days later the dancing fever from the tourist was still continuous and on 27 Feb some coronavirus deaths were reported.
Today 31/May/2020 the total number of deaths is 29.341 and the statistics tell us will escalate to 35.000 very soon. The Coronavirus attack strategy of Brazil can easily have a mirror image of the catastrophic results in another country and there is no other than GREECE.

Let try to understand the situation.

Early this year 2020 with the coronavirus issue the politicians decided to put the country on lockdown. This was not a normal lockdown instead of a money-making project.

No one can go out of their home unless you had a permit from the authorities, all stores were closed except the pharmacies unless you had a request from your doctor along with his certificate with all his credentials. Some grocery stores were open, bad no grocery inside, which means nothing to buy.

Travelling from province to Provence was prohibited unless you had a special permit.
Some people try to break the rules and instead of taking the express highway who the police patrol all the time, they decide to take the old road that no one travels anymore
That was a brilliant idea, the trip was a little more expensive bad was worthing to try.

So 5 or 6 passengers to share the expenses and bon vualla.
The trip becomes wonderful, stopping every so often to cut some watermelons or other fruits and fresh vegetables from the farms sins the farmer was not there.

What a beautiful trip, until 50 or 60 kilometres after several curves on the country road a policeman out of nowhere signalling them to stop.
Accompanying him was some person from the fire department some from the ambulance department, a few army members along with the airforce and the navy soldiers as well as a few tow trucks,

The driver got 300 euro fine, each passenger 150 euro, the driver lost his license for 2 months, and remove the plates from the car, the tow truck cost 200 to 300 euro to lift the car to the police department. everyone in the car was charged for criminal activities for stelling watermelons and other fruits, the liquor in the car was confiscated, everybody was transferred to the police department for more investigation and a bail hearing, after all this, each of them had to take his own taxi  because the law allows only one passenger per trip (Coronavirus new low)

How can India control Coronavirus?

Panic in Greece: A plane from Sweden has arrived without a permit

The news around the world reporting big numbers for the US.
Yet the US is reporting very little. Haw, this happens????? 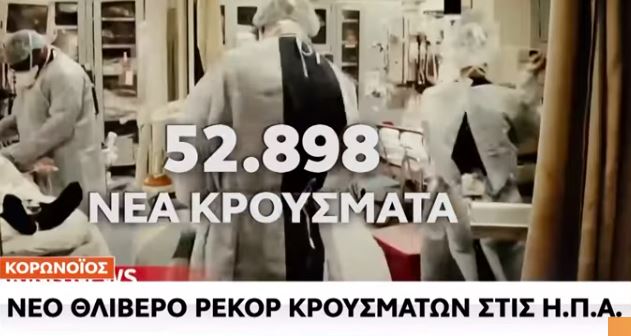 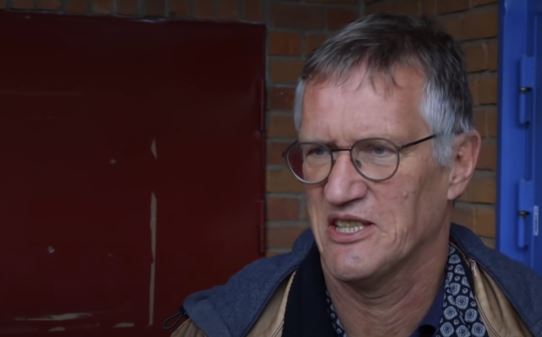 Canada has many food banks, homeless people, poor people, and the milk marketing board dumping the milk? and not dropping the price?

Around 4.4 million Canadians and foreigners entered since March 23

You may change or cancel your subscription to Toronto Star in accordance with the terms of your Subscription Agreement. Please contact Customer Service at 416-367-4500 or 1-800-268-9213.

The Nuremberg trials will start again

Never put people that panic in charge of the government, vote them out now.
17 million lives wasted on human greed. Holy shit!!! I knew they were doing this but I didn't grasp the scope of how many animals that meant. 17 million mink!!! This is horrible. 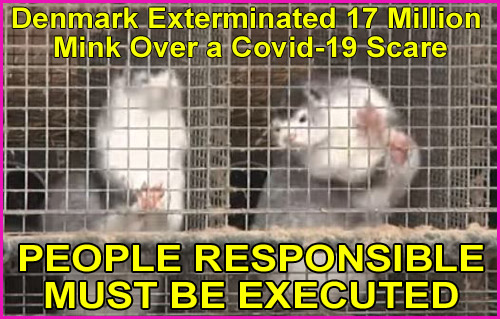 How to care for a pet Mink 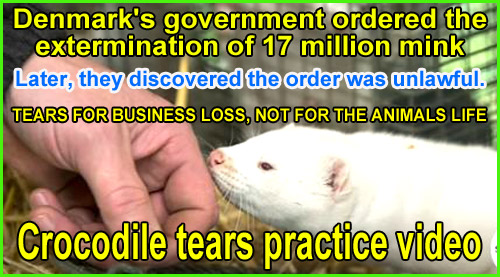 international students will be a DISASTER FOR CANADA.

Meanwhile, the situation worsens in the U.S.

Ontario teachers worried about a return to school

Coronavirus: Why are infections rising again in the US?

The UK prepares for new lockdowns

How long the Coronavirus pandemic will last

When is a pandemic over?

Spanish Flu: a warning from history

Covid-19: why travel will never be the same

Coronavirus Is Our Future

Homelessness amongst the COVID-19 pandemic

Corona: How homeless camps have grown in LA

Covid-19: how to fix the economy

How pandemics change the world

Will the next pandemic start in Brazil?

COUNTRIES ARE DOING WELL COMPARE TO THE POPULATION 2020

I'm Mad As Hell and I'm Not Gonna Take This Anymore! 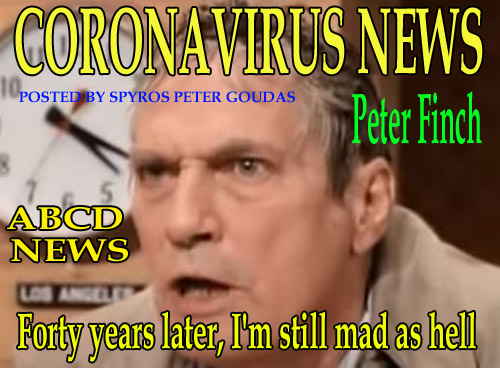