Jeremy Grimaldi is a journalist who has traveled through forty countries and worked in both Canada and the UK.

He is currently the Crime and Justice Reporter.

While working as a court reporter, he covered the Jennifer Pan story for ten months.

A sinister plot by a young woman left her mother
dead and her father riddled with bullets.

From the outside looking in, Jennifer Pan seemed like a model daughter living a perfect life.

The ideal child, the one her immigrant parents saw, was studying to become a pharmacist at the University of Toronto. But there was a dark, deceptive side to the angelic young woman.

In reality, Jennifer spent her days in the arms of her high school sweetheart, Daniel.

In an attempt to lead the life she dreamed of, she would do almost anything: lie about her whereabouts, forge school documents, and invent fake jobs and a fictitious apartment.

For many years she led this double life.
But when her father discovered her web of lies, his ultimatum was severe.

And so, too, was her revenge: a plan that culminated in cold-blooded murder.

And it almost worked, except for one bad shot.

The story of Jennifer Pan is one of all-consuming love and devious betrayal that led to a cold-hearted plan hatched by a group of youths who thought they could pull off the perfect crime. 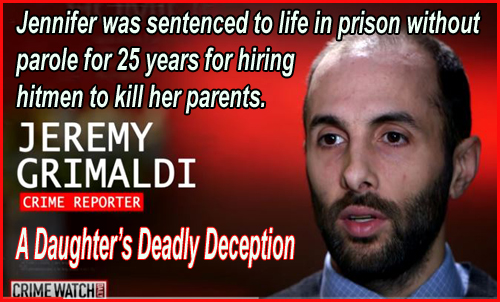 Hours after her mother was murdered, Jennifer Pan was interviewed by York Regional Police.

During this interview, she is considered to be the only surviving victim of a home invasion, which left her mother dead.

NEW BOOK OUT: Jennifer Pan speaks to police hours after mother's murder 1 of 3 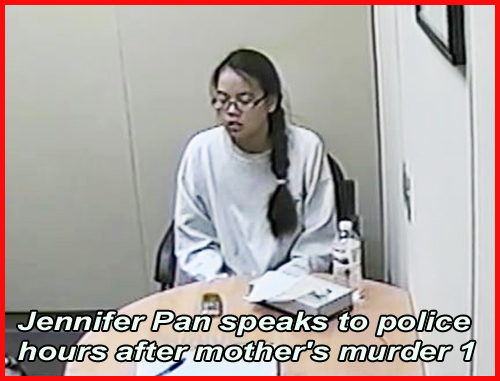 Three days after the murder of Jennifer Pan's mother in a "Home invasion" in which she's tied up and her father shot in the face, police start getting suspicious about Jennifer's claims that she was a victim and not the actual perpetrator of the gruesome killing. 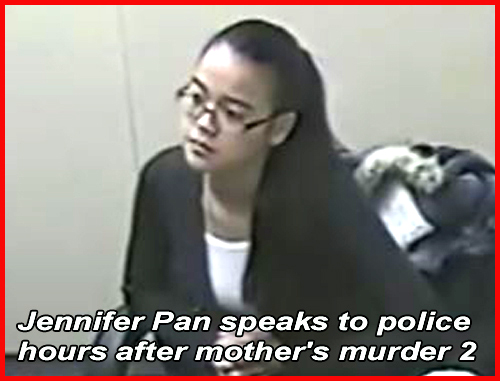 Exactly two weeks after the murder of her mother and the shooting of her father (the coma from which he'd awoken from, speaking to the police) Jennifer Pan is no longer the victim she was in the first two videos.

She is now the police's lead suspect.
In this video, you see the Reid Technique, employed by Det. Const. Bill Goetz used to entrap Jennifer in her own web of deceit.

She confesses to a plot, but it's not what the police expect. 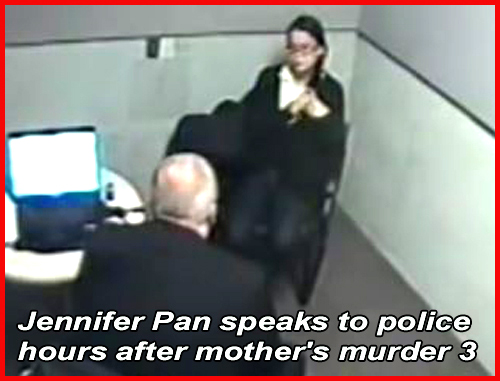 Jeremy Grimaldi, You are welcome.
Being in the UK I only knew the interview videos you kindly put here in YouTube,
so wasn't aware of this case.
Now I'm reading the book it makes it more interesting to look at these videos.
Initially, I had sympathy for Jennifer but through your dedication and hard work
writing the book my sympathy has deteriorated somewhat.
I really do hope you find another case to write about as you are fantastic at what you do.
I will leave feedback on kindle when I've finished the book and sincerely wish you
every success in the future.

Jeremy Grimaldi has followed Jennifer Pan’s case from the beginning,

and turned her story into a book titled

is available on Amazon and Kindle.

Jeremy Grimaldi is the Crime and Justice Reporter with York Region.com.

Make sure and let me know what you think about it. Such a nutty case!!! https://www.amazon.ca/Daughters-Deadly-Deception-Jennifer-Story/dp/1459735242