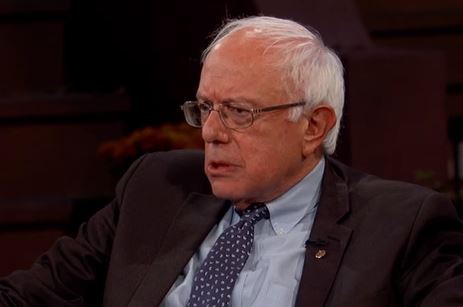 How To Build Marijuana Grow Room 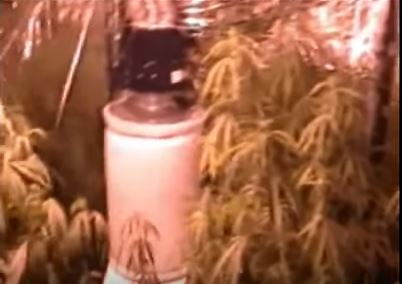 How to make a cheap grow room 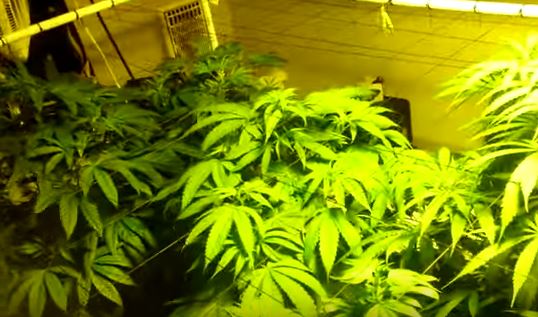 Hey, guys Here is a video about how to grow weed/marijuana indoors in a small location such as a closet. Should be helpful for all growers though. 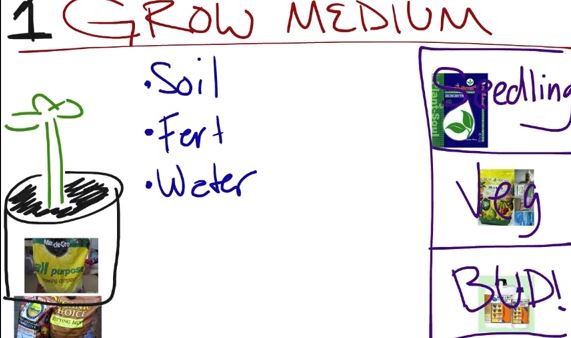 Hints and Tips to properly water your garden. Too much or not enough can be hurtful. 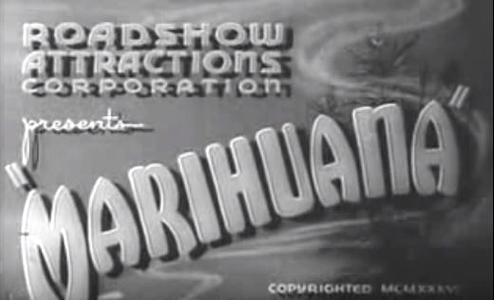 Best Marijuana Documentary you will ever watch! 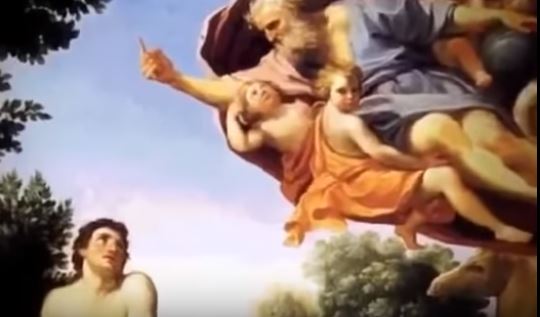 Everything about: Weed, Marijuana, Ganja 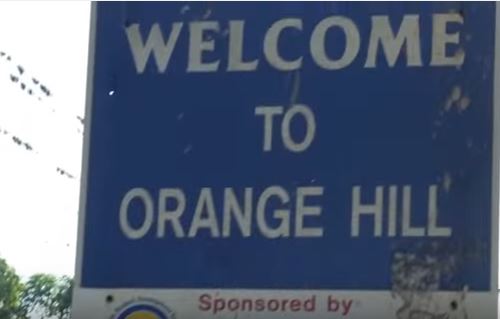 Run From the Cure 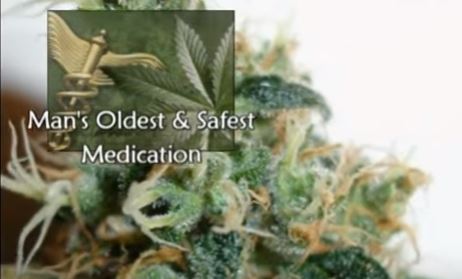 Lately, the legalization of cannabis is a hot topic of discussion.

Since we have posted several links about the good, the bad and the ugly of the marijuana issue, we came across an amazing story to tell.

We recently met a young fellow from the Caribbean, Jamaica to be precise.

We were having a discussion with him about new articles in the Flowers and Gardening Section of FlyerMall – Cannabis Marijuana came up.

Some of you may already be smiling knowing the benefits and effects of Bob Marley’s sensemelia.

This young man apparently suffered from Asthma and as a child frequently had to visit the hospital for treatment of regular attacks.

He commented that he “technically” did try cannabis once only at the age of nineteen (19) years after persuasion of his family members and on the recommendation of people who knew of his asthma systems.

He further stated that since that time he has never suffered an asthma attack.

The young man did not smoke a joint.  In fact, he drank “ganja tea”, i.e. marijuana boiled in water for a period of time, sweetened with sugar and drunk like tea.

More clarification:  a fistful of marijuana boiled in water, left to settle until congealed and sweetened to taste.

Fifteen minutes after drinking the tea, he added that he began to see double and passed out for three (3) days.  No one was able to wake him up.

When he did finally come to and years passed, he swears that he had no recollection of ever having an asthma attack again and felt like a brand new person!

A TRUE, TRUE, TRUE STORY FROM BACK A YARD!  Bombacloth!

by Dom Galeon and Jolene Creighton

Researchers from the University of Bonn, together with colleagues at The Hebrew University of Jerusalem, have discovered that cannabis has age-reversing effects in the brains of mice. This work could potentially help us develop new treatments for dementia.

Aging and the Brain

One of aging’s most obvious signs is a decrease in cognitive function and learning ability. Usually, these issues express themselves in the form of memory deficiency. While this decrease in memory retention and recall is considered normal, it is often associated with more serious disorders, such as Alzheimer’s or dementia. Now, a team of scientists from the University of Bonn and their colleagues from The Hebrew University of Jerusalem discovered a potential treatment to reverse aging in the brain.

In their research, which was published in the journal Nature Medicine, the team showed how that a cannabis-based treatment successfully reversed the biological state of the brains of mice 12 months and 18 months old. This is notable, as mice age remarkably fast and serve as a viable animal model when research potential treatments in humans. 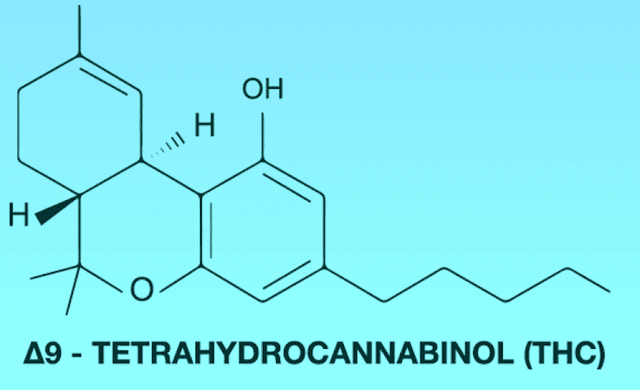 “The treatment completely reversed the loss of performance in the old animals.”

The team used two-month-old mice as a control group. The older mice were given an active ingredient in hemp called tetrahydrocannabinol (THC) for a period of four weeks in non-intoxicating doses. Their tests revealed that mice who received THC displayed cognitive abilities as good as the control group mice.

Meanwhile, those older mice who received a placebo displayed the usual learning capacity and memory performance appropriate to older mice. The findings that stem from this are simply remarkable. “The treatment completely reversed the loss of performance in the old animals,” said researcher Andreas Zimmer, from the University of Bonn’s Institute of Molecular Psychiatry [emphasis added].

This age-reversing effects of cannabis occur as THC imitates the effect of naturally produced cannabinoids in the body, which are crucial for some of the brain’s important functions.

Furthermore, the researchers realized that cannabis reverses aging by making the brain cells in the mice younger. To this end, they saw that links between nerve cells increased and their molecular signature resembled those of young animals.
“It looked as though the THC treatment turned back the molecular clock,” Zimmer added.

The treatment once tested and proven to be effective in humans, could help improve the conditions of people suffering from dementia.

Svenja Schulze, science minister of North Rhine-Westphalia, outlines exactly how helpful this study could be for future treatment in the elderly. “The promotion of knowledge-led research is indispensable, as it is the breeding ground for all matters relating to the application,” he stated in the press release.

“Although there is a long path from mice to humans, I feel extremely positive about the prospect that THC could be used to treat dementia, for instance.” To that end, Zimmer and his team are now preparing for human clinical trials.

The study adds to the number of potential benefits cannabis seems to have, particularly in treating neurological disorders. That said, as has been previously noted, much of this is still early work, and more peer review research is needed on the medical effects and uses of cannabis-based treatments before they can be deployed. Moreover, these studies use carefully controlled conditions, and as a result, similar benefits are not seen in individuals who use the drug recreationally.

Weed Country, Welcome To The Garden

Abraham Tsfaye This is a health crisis. They have mental health issues. Stop putting shame on them and start helping them.

Angus Macqueen and Guillermo Galdos attempt what the combined forces of the US and Mexican governments failed to do for 13 years – to track down Joaquin Guzman, one of the most wanted men in the world. Guzman, known as ‘El Chapo’ or ‘Shorty’ was head of the most powerful drug cartel in history.
To some, he is a revolutionary hero and a latter-day Robin Hood, the powerful peasant who looks after his people. To others, he is Public Enemy No. 1, the first since Al Capone, on the run for over a decade. Forbes Magazine has labeled him one of the richest and most powerful men on earth.
All this time over 80,000 Mexicans has been murdered. The filmmaker's quixotic journey, fuelled by the specially composed songs of Jackson Scott, takes them from the streets of Chicago into his forbidden heartland in the Mexican Golden Triangle, telling his astonishing life story along the way.

The film ends up in a world where few outsiders have ever been and basic truths behind the “war on drugs” emerge as they get ever closer to this “legendary” figure. 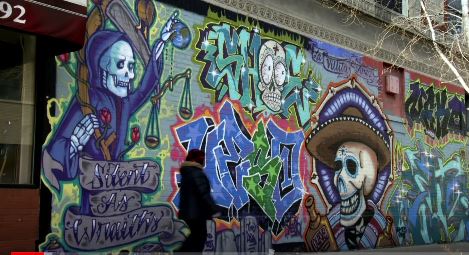