The Liquor Control Board of Ontario (LCBO) is a non-share capital provincial Crown corporation in Ontario, Canada.

It is accountable to the Ministry of Finance Ontario. It was established in 1927 by Lieutenant Governor William Donald Ross, on the advice of his Premier, Howard Ferguson, to sell liquor, wine, and beer through a chain of retail stores.

Such sales had been banned outright in 1916; thus, the creation of the LCBO marked an easing of the province's temperance regime (see Prohibition in Canada).

Under a franchise-like agreement with existing retailers, typically in smaller communities, there are 219 Agency stores.

They could be considered a contradiction to the LCBO's social responsibility stand, as they demonstrate how alcohol can successfully be sold in smaller stores which are not operated by the LCBO itself.  LCBO - Describes the Crown Corporation, its programs, services, and products; also allows online products and stores search, gives vintage and education.

The debate over privatization (From Wikipedia)

There have been numerous discussions about whether the province should sell, or privatize, the LCBO. It has been argued that the main benefit would be the billions of dollars that would be the immediate windfall from any sale. However, this sale would only deliver a one-time profit, and the province would lose out on a source of steady yearly income.

It has also been argued that the government could actually earn more money by dismantling the high-margin retail stores while keeping the lucrative wholesale business as Alberta's privatization of the liquor business suggests. The LCBO's 2006-07 net income was $1.3 billion Canadian dollars (excluding tax revenues generated by Brewers Retail and the independent wine stores), and a sale has been estimated to reap about six billion dollars.

Former Premier Ernie Eves stated that when he investigated this possibility, he found that a 100 percent sale through an income trust would generate 16 billion dollars. The issue of the LCBO is controversial.  We are not here to take sides or give any opinions for or against.

Click on each of the following images after reading the short paragraphs.

How can you taste red wine like a pro? Why should you swirl? What flavors should you look for?

To get the answers to these questions --and more-- watch HowTo: Taste Red Wine from Wine Spectator.

Many of us have felt the pressure to turn up at a dinner party with a classy bottle of wine, and in a quest to do so have spent a week's rent on a drop just so our friends don't think badly of us

Matt Wood, Vice President of The Winetasting Network explains how to taste wine from sight, smell, taste and more!

Today's question is from Mary-Beth from East Village (New York City) who asks
"What are the differences between Pinot Noir, Cabernet, and Merlot?".

By director Jim Fitzpatrick. The LCBO takes you on a journey through the wine styles of Central Italy. Join Michael Fagan in part two of a three-episode series exploring the wines of Italy, and discover that history, beauty, and infinite variety make Central Italy a wonder of cuisine and viticulture.

Beginning on the Adriatic coast in the region of Marche and winding through serene and beautiful Umbria, the journey concludes amid the rolling hills and medieval history of Tuscany, home to some of the world's favorite wines.

The name Tsantali is synonymous with wine in Greece.

Click here to visit certain videos from the company.

"It's about having food...great company... great surroundings... wine on the table"

The following link demonstrates one of the processes of winemaking in Italy.

There is no doubt that Italian wines are some of the best in the world.

The following factors affect the outcome of the wine:  type of grapes is important, the area where grown is important, the time of harvest is important, the extraction of the juice from the grapes may be the most important. In today's technology with modern equipment, it is quite easy and that is why there are so many cheap wines out there.

However, the extraction of the juice from the grapes in certain areas is perfectly portrayed in the clip we have provided below.  The lady you view in the clip is Lucille Ball, one of the greatest comedians of all time.  She entertained the world for quite a few decades in the last century (the twentieth century). We thought that it would be a great idea for the new generation to see her in this clip demonstrating the preferred machinery for extracting the grape juice.

Lucy was the most-watched comedy series in the world and is still syndicated in dozens of languages across the world, and remains popular with millions of viewers each year.

There are certain people in this world who may identify with accuracy the place where grapes are grown, the year, the type, etc.  The clip below demonstrates the abilities of two individual wine experts.  The clip features PETER LORRE vs. VINCENT PRICE.

Peter Lorre was born Laszlo Lowenstein in Roszahegy, Hungary. He was educated in elementary and secondary schools in Vienna, Austria. As a youth, he ran away from home, worked as a bank clerk, and, after stage training in Vienna, made his acting debut in Zurich. He remained unknown, traveling for several years and acting in Germany, Austria, and Switzerland until Fritz Lang cast him as the psychopathic child killer in M(1931). After several more films in Germany, Lorre left as the Nazis came to power, going to Paris, London, and, in 1935, Hollywood. He played Raskolnikov in Crime and Punishment (1935) and a series of Mr. Moto movies during the late 1930s. He began his pairing with Sydney Greenstreet as Joel Cairo in The Maltese Falcon (1941), continued in Casablanca (1942), and seven other films during the early 1940s. In Germany, he wrote, directed, and starred in Der Verlorene (1951). After that, somewhat heavier, he played in a string of not-so-stellar efforts, one exception being his role as a clown in The Big Circus (1959). He died from a stroke the year he made his last movie, playing a stooge in Jerry Lewis' The Patsy (1964). 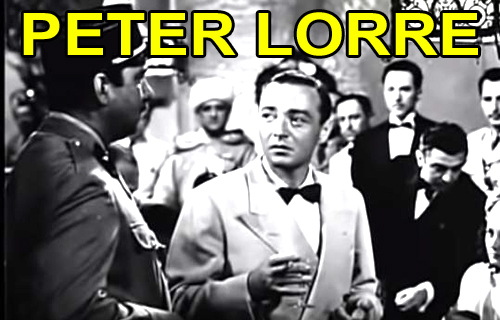 Apparently, there is an increase in the production of wine in China.

The link below gives some insight into this phenomenon.

Wine has been mentioned many times in the Bible.  One particular time was at The Last Supper, and also at the marriage in Cana.

The clip below shows animation but it is a wonderful piece of work depicting this event. 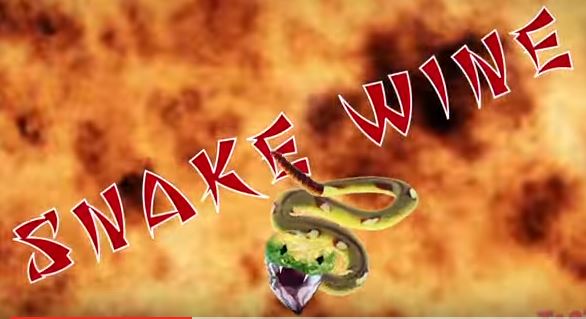 nobby takechanman I watched this at a movie theatre in Tokyo in approx 1970. It was very impressed one for me. Very serious but right ending story. Thank you very much for the Up.
Mike Johnson Thank you UP I have been trying to find this movie. German Russian American here this was an excellent film. Anthony Quinn and Anna Magnani were brilliant and the director Kramer was excellent. My favorite parts of the movie were 1- When the fascists say, "We need to surrender on our terms." Then he saves himself, 'What do you want to do with these fascists?" Bombolini, 'Arrest them?" the fascist, "Arrest them all!" Also, Anna Magnani was fabulous. Bombolini, "The German's are going to shoot me in the brain" Magani, "If the Germans were smart they would shoot you in the butt because that is where your brain is.
TRY TO RENT OR BUY THIS FILM OR EVEN TASTE THE WINE OF SANTA VITTORIA 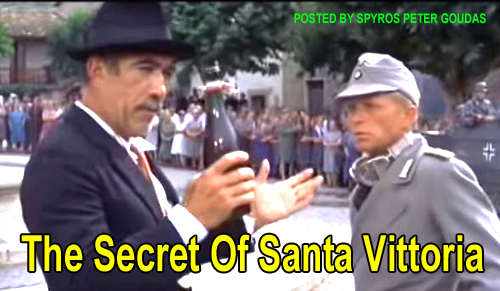 We hope we have given you enough information within the wine links.

Obviously, since you viewed all the links you have seen several other links related to wine.

Are you pleased with our site FlyerMall.com?