( WELCOME TO THE SECOND PART OF CHINA.) 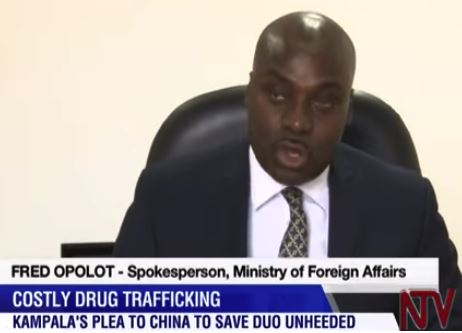 tk the drug dealer has been caught recently with 30kg ice, he is both Australia and New Zealand citizen, he definitely will face the death penalty. there are too many foreign drug dealers in China, this is will be a warning signal for them.

China's border cops are attempting to prevent a swelling tide of illegal drugs being smuggled into the country. We follow one of the world's toughest police forces tackling the traffickers smuggling drugs across the border. 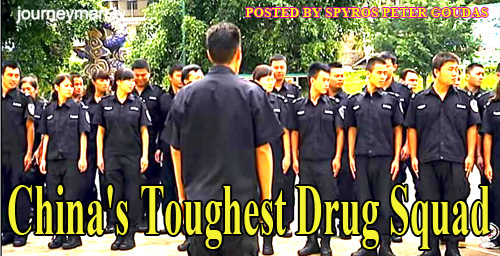 Robert Schellenberg has given the death sentence

Feizai Only a mentally deranged or drug-impaired politician would call China's action "arbitrary" for harshly sentencing a repeat offender involved in large scale drug traffic. Jerry Paul more than 200kg math?! is that right? shocking if Chinese citizen did that.he can be executed 200 times!
Tony Chong In Singapore or Malaysia, he will be sentenced to hang. No negotiations allowed.
JJ Massie He is a drug smuggler what do you expect Joker Trudeau?
Dan H This guy had been a repeat offender. He was convicted in Canada in 2003 and 2012.
Satinder Mohammed Ali Kahal Justin likes this guy because he does meth with him.
yehoutube  Canada PM is looking at things like he is a puppet.
Austin Wagner  One less drug pushing Schlomo in this world is a fantastic thing.
These people are pure evil. Bravo to China for putting one of them down.
Deity Cutthroat  Good Job China.
X Y Z 222KG of MET? And you want him released?
JogBird  Canada should be as severe, the 222kg of meth would have ruined thousands of lives
Jake Ralph  The law of the land, Adios. Canada should have the same laws.
Mike the Jedi  Justin sounds weak for a leader
Eric C Hold up hold up if this guy really was smuggling 200+ kilos of meth may be the death penalty isn't so harsh
ChuckyDoll79 Lloyd Schellenberg deserves his punishment. And that's coming from a Canadian.
Krux Kel Justin used his charm and good looks to influence the country and the people are falling for it. In reality, he is a weak leader.
Jack Stewartson Confusions says the pot of boiling water starts with a bubble.
Abinash Bhallaa Robert Lloyd Schellenberg has a history of drug trafficking and drug-related offenses dating back to 2003. Drug dealers are not good guys.
bismark5566 Timing for what? if I caught a drug dealer I don't have to wait until both side chill before I execute this criminal. 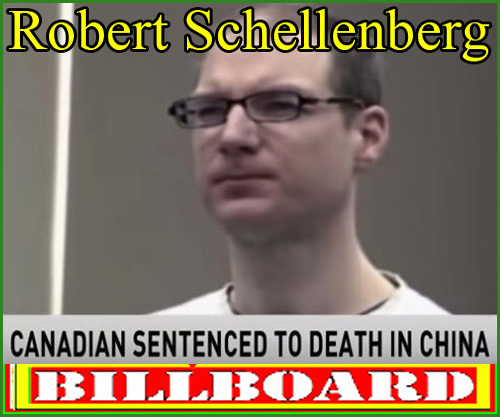 China's problems with the Uyghurs

For the first time, a French director-journalist will join an official trip to the heart of one of the most secret regions in China: Xinjiang. Unstable and by far the most volatile province in the country, it’s a unique opportunity to visit an area that’s normally out of bounds to tourists.
Z-Rex Ph.D. This is the perfect way to control guys in China. Chinese rules for those living in China. No radicals. No bombs and explosives. France, Germany, Sweden should watch this. 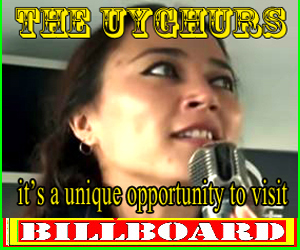 Company’s founder, Ren Zhengfei, spoke to a journalist from the BBC at Huawei’s headquarters.
He patiently answered questions after questions, setting the record straight on the company’s mission and values, as well as the recent challenges.
He spoke openly as an industry professional, a company leader, and as well as a concerned father.

Inside Huawei And 5G in Shenzhen, China

CHINA is one of the SAFEST COUNTRIES on EARTH

In this video, I talk about the differences between the USA and China, the politics of Donald Trump, Obama, Hillary Clinton, and Bernie Sanders and their perception by people outside of the USA.
And I talk about how safe my time has been while I have been in China. 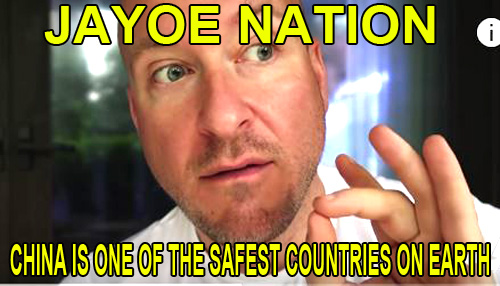 dragondescendant1  it is always bizarre for others attempting to describe China.
w23857980 Have the maker of this video been to China?
Nelsy marginal They have to get a permit to have a child. There is one of the best ideas yet. In the US we have people who are not even able to take care of their children making little replicas of themselves.
Luo Yang Because there are so many media like you who create those unreal videos or spread those misleading information, a lot of people from other countries have very limited, narrow even wrong ideas of China.
Dan Dennis before you going to do a video, please to do lot more research and more understanding culture . coz lots of things u said were not true !! 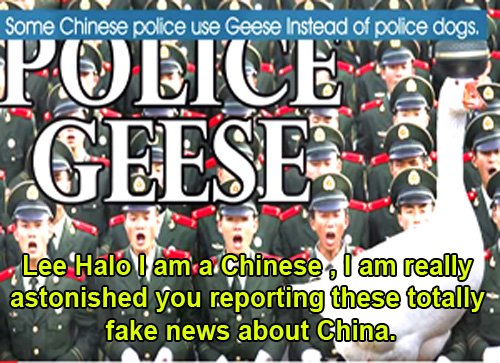 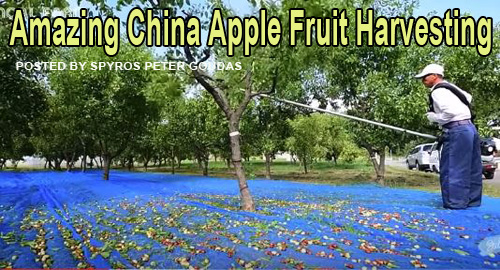 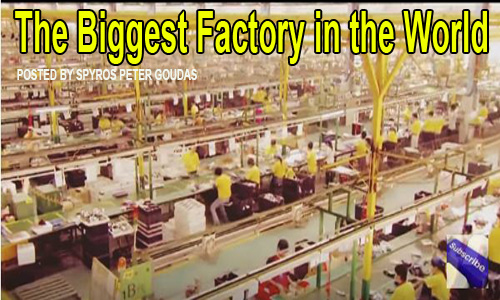 Thaja Yumnam  Great job principal.
Ross and Bek, This is such a great concept. It's a true demonstration of community, love and healthy living. Amazing!
The Locomotion I don't know why I can't stop watching this again and again.
Basic Becky Packing my bags, going to China
Permaculture thinking No fat kids!. Healthy eating and healthy food plus exercise make happy people.
JOHN CLIPPERS I can't stop watching! Please help me
The Locomotion The little girl behind the principal ( wear white shoes) dance better than the principal, hahaha
Baron Julius Evola And The USA expects to win WW3 against these people.
ALEX PETERS Respect for Chinese people from India
Lydia Wolfe This is why China gets stronger every day!
Tom Babauta Instead of confusing young people about their gender like the way the USA is doing, they should emulate this, go to China!
Hendy Halim This best way to train body and spirit.
Roscoe Barnes III I can't stop watching this. What beauty!
Claudia Holmes What an amazing man! Respect from the USA!
Luis VG Beautiful Chinese people !!! Hugs from Peru
Shel Ski I love this dance, and all the kids are so coordinated!! Absolutely amazing!! ///// Dejan Popovic Great nation, in any aspect
Joseph Zadrozny This principal has all my respect. Can you imagine American kids being this disciplined? 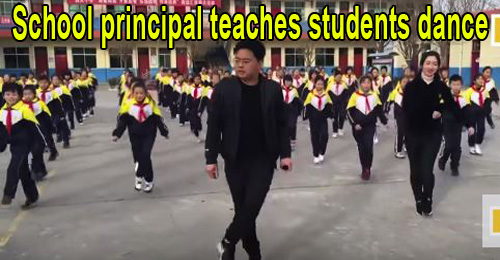 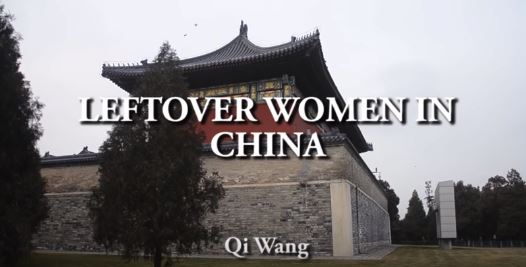 obsidian statue better disciplined than most country's military
Jason Tan Looks like they are about to go to war.
Zeeshan Niazi Meanwhile western schools are teaching their kids how to be a gay, lesbian and transgender 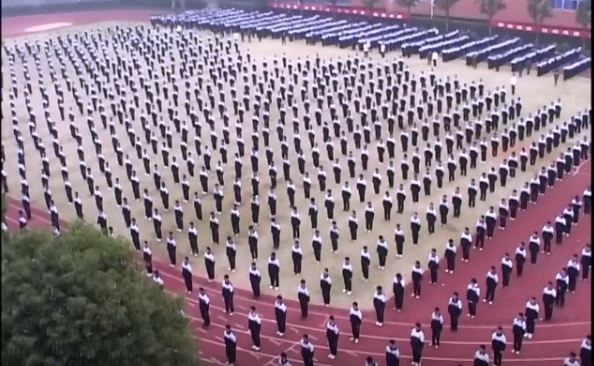 They are the children of criminals. Their parents are doing time in Chinese prisons, some serving life sentences for horrific crimes. With no one to care for them and nowhere to go, Sun Village, a shelter in Beijing, takes them in.
Christov Bro GRANDMA ZHANG FOR NOBEL PEACE PRIZE
wrarmatei Wow.the first scene is crushing; the father's body-language expresses incredible despair.
Yena K Thank you, teacher Zhang. I wish and pray that I will one day become like you. 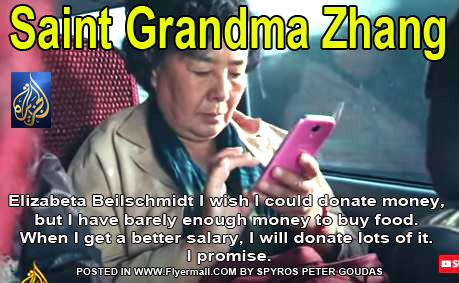