Dear friends, members and supporters of FlyerMall.com.
The FlyerMall Team appreciates your interest in and continued use of our site.
We have incorporated a few icons, which are out of the ordinary and hope you have begun
to “click’ on the pages and find release from the monotony of your routine.

On display is a cornucopia of food items prepared courtesy of Flyermall accompanied by serving suggestions.

Several photos have also been incorporated into the recipes displayed under the Recipe icon.
You may recognize some of the photos which may have appeared either
in our booklets, recipes newspaper articles and recipe books.
The photos should not be copied, modified, or reproduced commercially without
the written or expressed permission of the holder.
They are for your amusement only. 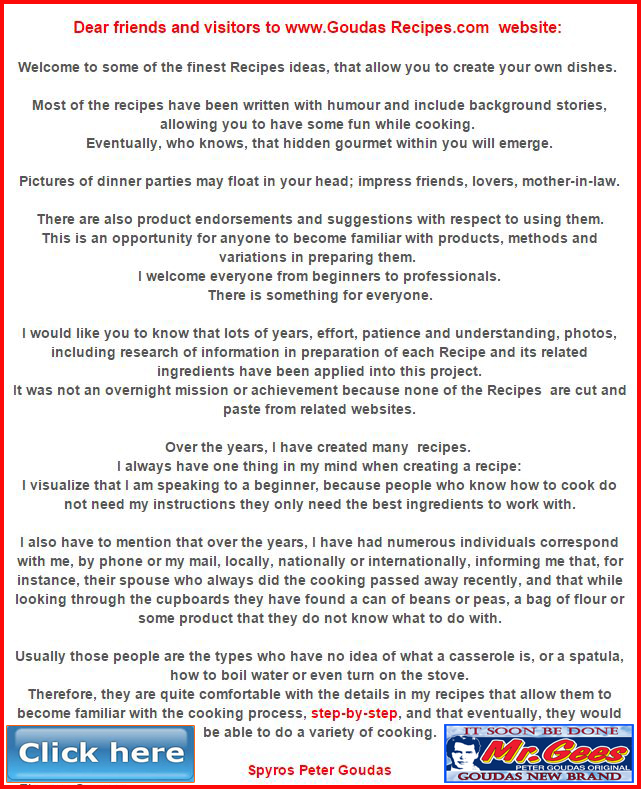