Sprague Foods Limited has been a manufacturer of canned goods since 1925.

Current canned products include over 20 types of beans, sauces, soups, broths, pasta in tomato sauce and a variety of specialty ready-to-serve products such as rice pudding, marinated bean salad and chili.

The plant uses the latest food processing technology to achieve greater efficiency and quality in production.
Traditionally, canned beans have constituted over 90% of company’s production
.
In 1998, to diversify operations, the mushroom line was added and fresh packed mushrooms process was developed, with production peaking in 2001.
Furthermore, in 1998, formulated products advancement and expansion on the US markets were given priority.
Since then, Sprague Foods has acquired several US accounts, direct and on behalf of our Canadian customers.

Spyros Peter Goudas Mr. Goudas became a major partner with the organzation and he was very demanding, where his products quality are concerned.
He believes in his products and expects the best because that is what his customers deserves.
The facilty and its products are federally inspected and are continually monitored by Agri-Food Canada and Health Canada.

We have a "AAA" rating with Agriculture and Agri-Food Canada which is the highest possible rating for a food processor.

The Hazard Analysis Critical Control Point (HACCP) system is used as the basis for the quality assurance program to ensure a safe and sanitary process environment in which to consistently produce high quality food products.
Sprague Foods uses the most advanced in-container sterilization and cooking system in the world to optimize cooking quality while preserving nutritional qualities. 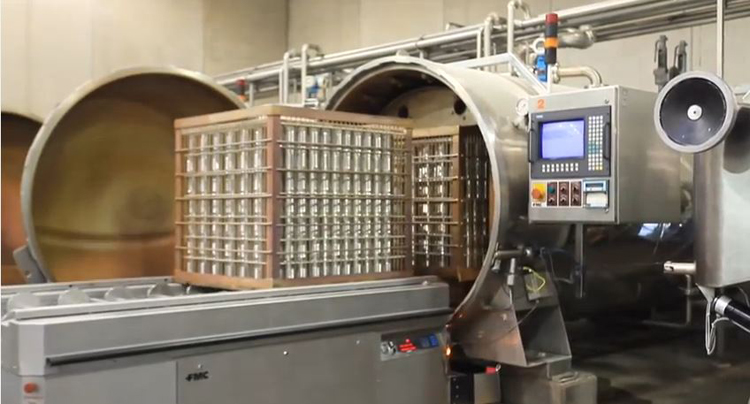 In this video clip Roger giving a speech about his relationship with Spyros Peter Goudas on the occasion of celebration of thirty (30 years in Canada in 1997) film and why his hair turned grey.

Actually, over the years, it has been proven by quite a few men that dealing with Mr Goudas causes the hair to turn grey.

Mother Nature has nothing to do with that.

Spyros Peter is very demanding, specific, and a perfectionist where his products are concerned.

He believes in his products and expects the best because that is what his customers deserves. 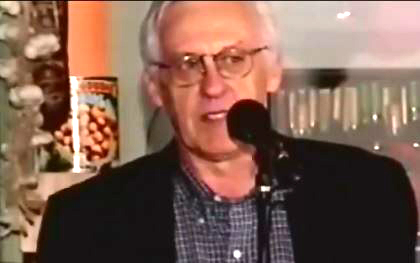 You may view Mr. Goudas himself describing one of his product to you.

Dear Customer! This recipe was developed with great thought. We hope you enjoy it.

Mr. Goudas himself describing this product to you.
Hopefully, you enjoy this classic clip. 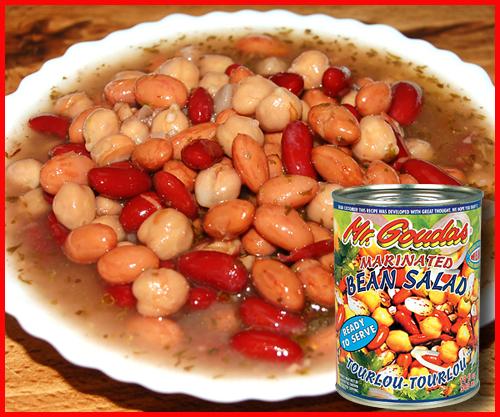 The following is a condensed version of an article which appeared in the Fall 1996 edition of County Magazine ,
a regional quarterly magazine from Prince Edward County, Ontario, Canada.

by Douglas A. Crawford

Several canning factories opened in Prince Edward County in the 1920's.
One of these was the J.G. Sprague & Son Canning Co.
of Mountainview which, in 1925 started processing tomatoes and pumpkins.

J. Grant Sprague was the founder, and ran the plant for a couple of years before turning the operation over to his son, Jay.
Grant Sprague was involved in several businesses and, indeed, the 1930 Prince Edward County Yearbook shows him as a canner, grocer, postmaster and owner of the Sprague Telephone Company which was based in Mountain View.

The J.G. Sprague & Son Canning Co. increased its canning lines to include cream style corn, tomato juice, tomato puree and, for a couple of years, raspberries.

In the 1920's and 1930's canned goods from the plant in Mountain View were shipped by boat from the docks in Belleville and Picton to Montreal, Toronto and Western Canada.

The Sprague Family was always willing to innovate and improve their product offering to consumers, a trait the family successfully puts into practice today and in a competitive global marketplace.

The factory operated successfully under the management of Jay Sprague for 40 years.

In addition to the Montreal and Toronto markets, Jay developed a local market by delivering his canned goods along with peas and apple juice canned by Edgewater Canners, Northport, to small grocery stores in a large surrouding area.

Jay Sprague died suddenly in 1967. His son, Roger, had worked as a student during the summer breaks at the factory and left the relative security of a corporate career after his father's death and took over the operation with his wife Dana.

One of the first priorities taken on by Roger and Dana Sprague was the construction of a new plant across the road from the old factory in 1968. The company's name was changed to Sprague Foods Limited and continued to can local products until 1976, when it ceased canning tomotoes.

The changing markets led the company into new product lines. Roger said, "We focus our production on specialty products. We have an enduring commitment to providing superior value to our customers and our belief in quality has allowed our products to reach an ever-growing customer base.

" Today, the company cans a variety of beans, soups, bottled salad dressings and pastas in sauces.

Rick and Daniel, two of Roger and Dana's three sons, joined the family business after graduating from University.

Daniel spearheaded the construction and design of the new plant in Belleville, putting his engineering degree from the University of Ottawa to task.

Rick is applying the skills he aquired form his doctorate studies in food processing at the University of Guelph.
He leads the company development of new product lines.

A new building was started in May 1993 in Belleville.
The latest technology was used to construct a building to meet the highest food plant sanitation standards in the food industry.

The building is located on College Street in Belleville and is five times the size of the factory in Mountain view.

The success of this company is attributed to several factors.
Roger and Dana transformed the company into a year-round operation when they started the plant in 1968 at Mountain View, recognizing the financial limitations of operating a seasonal business in the highly competitive food industry, especially when facing much larger competitors.

The company developed a market for special varieties of canned beans which for many years appealed only to ethnic groups.

Today several of these products are being enjoyed by a very diverse consumer base as health awareness and dietary habits improve, and as Canadian cuisine matures. 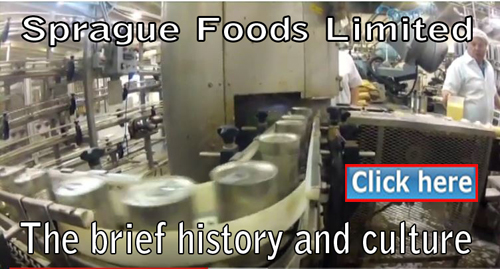 In 1996, a new state-of-the-art processing facility was built to expand capabilities in processing efficiency, number of products and quality.
The new plant uses the latest food processing technology to achieve greater efficiency and quality in our canned pulses.
This equipment, the first of its kind in North America, uses high temperatures and short cook times to optimize the nutritional quality of our products.

This new plant was designed in adherence to the sanitation standards of the American Institute of Baking, regarded as the highest in the world.

The facilty and its products are federally inspected and are continually monitored by Agriculture and Agri-Food Canada and Health.

Sprague Foods has a "AAA" rating with Agriculture and Agri-Food Canada which is the highest possible rating for a food processor.

The Hazard Analysis Critical Control Point (HACCP) system is used as the basis for the quality assurance program to ensure a safe and sanitary process environment in which to consistently produce high quality food products.

Dried peas, beans, lentils and chickpeas (this group is known as "pulses") fit the overall healthy eating pattern encouraged by Canada's Food Guide to Healthy Eating.
They are low in fat and good sources of protien, starch and fibre.

Found in beans, peas, chickpeas, oat bran, fruits and lentils. Soluble fibre forms a gel inside the digestive system and is thought to reduce cholesterol levels in the blood and delay entry of sugar into the blood stream. This delay appears to stabilize blood sugar levels.

Found in peas, beans and lentils, wheat bran, vegetables, fruits, whole grains and breads, improves regularity by speeding up the passage of food through the intestine and is believed have a role in the prevention of colon cancer.

Lentils contain mostly insoluble fibre, while peas and beans contain both. Because green lentils are consumed with their seed coat intact, they have almost twice the amount of fibre of imported red lentils.

Pulses are rich in the B-vitamin, folic acid. A low intake of folic acid by pregnant women could put the fetus at risk of Neural Tube Defects. Even small servings (less than 1/2 cup, 125 ml) of lentils and other pulses provide excellent sources of folic acid.

Pulses are an excellent source of potassium which contributes to a regular heart beat, regulates transfer of nutrients to cells, controls water balance and helps regulate blood pressure.

Pulses are good sources of niacin, thiamin, panthothenic acid and pyridoxine, necessary for healthy brain and nerve cells, for normal functioning of the skin nerves and digestive system in the chemical reactions of the amino acids and proteins.

Pulses are good sources of vegetable protein which must be combined with a complementary protein to become a complete protein containing the nine essential amino acids.

Pulses, wehn eaten with nuts, seeds, rice or grains, fulfill the requirements of a complete protein.