How many of you are familiar with the film Casablanca?  Or the famous line - "Here's Looking at you kid!" Does the attached photo ring a bell? 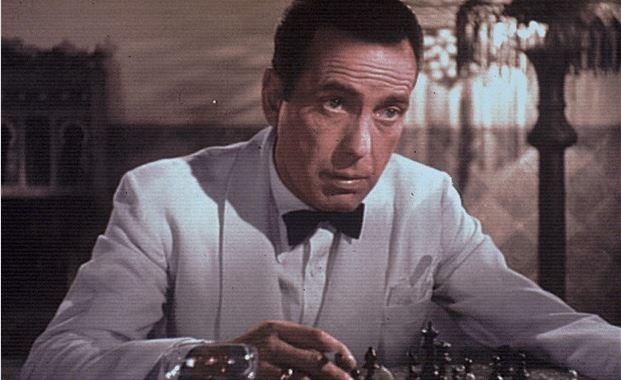 If the above clip captured your interest, the following link is for the movie, Casablanca (1942) Full Movie

Today, more than half a century after his death, Humphrey Bogart remains an international icon, the epitome of class – tough, cool and sophisticated – more celebrated and more respected today than even during the height of his stardom. Bogie is still the number one movie star of all time.*

From the 1920s until the 1950s, Humphrey Bogart’s film career covered virtually every genre from crime dramas to musicals. His various roles have given the world some of the most memorable characters, including Sam Spade, Duke Mantee, Charlie Allnut, Rick Blaine. Philip Marlowe, and Fred C. Dobbs, among countless others. Bogie’s filmography is not only a testament to his ability as an actor, but a timeline illustrating his humble beginnings and eventual rise to superstardom. 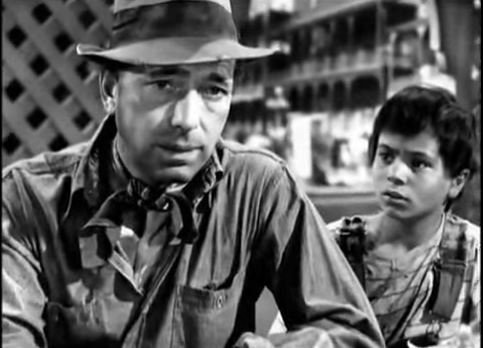