THE RAPISTS SITUATION HAS BEEN GETTING OUT OF CONTROL LATELY.

JUDGES DO NOT KNOW WHAT PENALTY TO IMPOSE.

IT IS HAS BEEN SAID THAT RAPISTS FACE A DIFFICULT TIME IN PRISON AT THE HANDS OF OTHER INMATES.  THERE IS NO VERIFICATION OF THIS STATEMENT.

RAPE SITUATIONS OCCUR VERY OFTEN IN CANADA AND IN THE UNITED STATES AND IN SOME INSTANCES VICTIMS DO NOT REPORT THE OFFENCE TO AUTHORITIES OUT OF FEAR FOR THEIR LIVES OR FOR FACING THE HUMILIATION OF COURT PROCEEDINGS.

THEREFORE, IF THE ABOVE SENTENCE IS A FACT, THEN THE SITUATION IS GREATER THAN WHAT IS REPORTED IN THE MEDIA.

THE RAPIST HAS ONE TOOL TO WORK WITH, AND IF THIS TOOL IS ELIMINATED THEN MAYBE THIS WILL BE THE END OF THIS PARTICULAR RAPIST.

RECENTLY, THE MEDIA HAS REPORTED THE GANG RAPE OF A MOTHER AND DAUGHTER.
IS IS ONE OF THE  MOST DESPICABLE OFFENCE IN THIS TIME AND ERA?

ON THE OTHER HAND, THE RAPE OF A CHILD BECOMES HEADLINE NEWS.

DO LAW ENFORCEMENT PERSONNEL HAVE NOTHING ELSE TO DO BUT TO SEARCH FOR THESE SCUMS OF THE EARTH?

WHAT HAPPENS IF, SAY BY ACCIDENT, THEY REMOVE THE RAPIST'S OFFENDING ORGAN AT THE TIME OF ARREST?

WHILE INVESTIGATING THE ISSUE INDEPTH, WE HAVE COME TO REALIZE THAT CERTAIN COUNTRIES IMPOSE THE DEATH PENALTY FOR CONVICTED RAPISTS.

THIS WILL DEFINITELY REDUCE OR ELIMINATE OFFENDERS.

WE HAVE INCORPORATED SOME ARTICLES AND VIDEOS INTO THIS ARTICLE AND WILL CONTINUE TO UPDATE IT FROM TIME TO TIME.

CLICK ON THE ARTICLES AND VIDEOS BELOW TO VIEW DETAILS.

An Indian court has sentenced four men to death for the gang rape and murder of a student in the capital, Delhi. The woman died two weeks after the attack of internal injuries, which led to violent protests across India and new laws against rape. Al Jazeera's Nidhi Dutt reports from New Delhi. 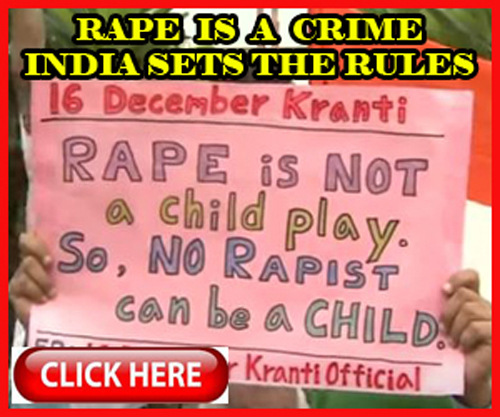 The following video is a piece of art.

Rapists beware of the new organization training recruits to deal with rape issues.
Soon in performing duties in Canada and the US. 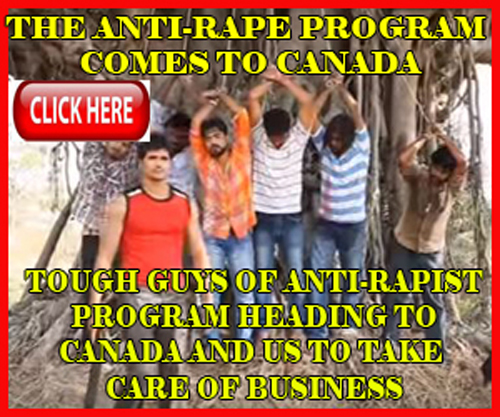 In 2012, the national crime records bureau reported 24,923 cases of rape in the country.

These women took revenge in their own hands!

Unfortunately, the police did not arrive at the scene on time due to traffic congestion so the accussed rapists received extensive beatings from all the women in the village.

We do not know the rest of the story and the resulting condition of the rapists. 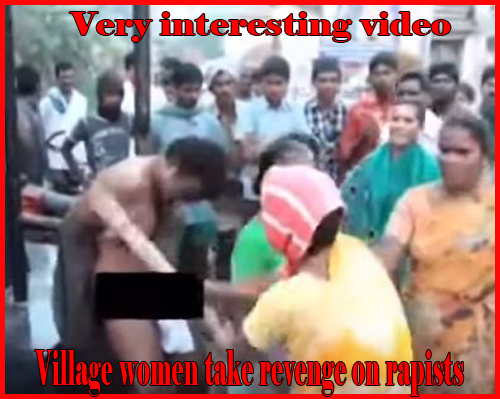 I think rape should be considered murder. I have been raped before when I was ten years old.. The memory.. Just thinking about it makes me cry.
I have to deal with the painful memories every day, it is even hard for me to be alone with anyone for more than 5 minutes, or I start to panic.
Arresting rapists isn't enough, you are just basically giving them a pass, letting them being able to go back out into the world and raping some other innocent girl, who is not provoking anyone. People say "oh it's their clothes provoking them." Well I always wore long sleeves and jeans, no showing any skin and yet my clothes provoked me to get raped?! Really? Maybe if you knew what it was like, maybe you would understand

A rapist does not deserve to live. Not with ease.

Rapist know what they're doing. They know exactly what they are doing. It's a fun game to them.  So, does someone who is that psychotic and insane in membrain. ..Who gets off on putting innocent people through such inhuman pain... Do they really deserve to live another day breathing the same air as we all breath... Posted by: BonnieMcloudy

Some people oppose the death penalty for rapists but if you are a father and discover that your daughter has been beaten and raped by someone, you will definitely change your mind, you dummies.

I've been to hospitals with actual rape victims inside of them. Those victims are severally mentally wounded and hurt in ways that I did not imagine. Most of them suffered from multiple personality disorder after this happened to them. Seeing this alone was more than enough evidence for myself to justify a death penalty. Of course, there should be ABSOLUTE evidence to justify the conviction before hand. DNA, Recording, Ect. Posted by: VYCanisMajoris