Did we learn anything from the journey I portray in part one?

As many of you know I was born in the middle of the war and in my bio title The Immigrant, I portray a few things I remember as a child.
For the next few years, until the war ended, I witnessed many executions right in front of our home. As a consequence, I became accustomed to words like "anger, curfew, blackouts, sirens, and machine guns".
In one segment I wrote about a boy in my age  named RADITSAS with the title
(Perhaps the Last Casualty of WW II)

Michael Raditsas - Amelia, Va United States Of America
Dear Mr. Goudas, I was reading your biography entitled The Immigrant and I came across a story about Raditsas.
I had heard from my father Demetre Raditsas about his son, my brother.
You mentioned him as young Raditsas.
The young boy you described as being the final casualty of WWII in Kalamaki.
My father could never quite get through the story enough for me to get all of it. Unfortunately, my father passed away in 2006.

I wanted to thank you for sharing that story of my brother. Though we never met, that story touched my children and me. I wish I could find out more information, but I thank you for sharing what you have. Very Respectfully, Michael Demetre Raditsas
Answer:
Dear Michael Demetre Raditsas: I was utterly surprised to have received your letter and its contents. I recall having participated in the writing of Mr. Goudas' biography, The Immigrant. I particularly recall his vivid and sad description of the story of Young Radistas. At the time, I wondered if anyone would recall this tragedy.
Apparently, The Immigrant is read by many and I am extremely thankful that it arrived in your hands. Regards, Bernadette.

Dear friends now that I am almost 80 and I know more about the WW2, the Kitty Hart and the Jewish holocaust with the life of 6.000,000 Jews, plus another 10.000.000 from all the countries involved.
If I had to rewrite my bio I will add 6 more lives of the children of Joseph Goebbels and his wife. It is very difficult to get into Joseph and Magda mine at the time.

One thing is for sour if the children were alive at the time, the allies will never kill them.

The Deaths Of Joseph Goebbels And His Family 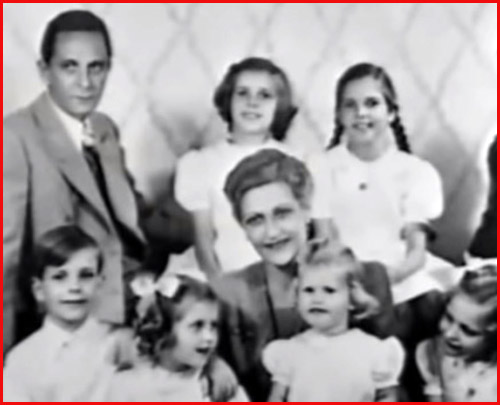 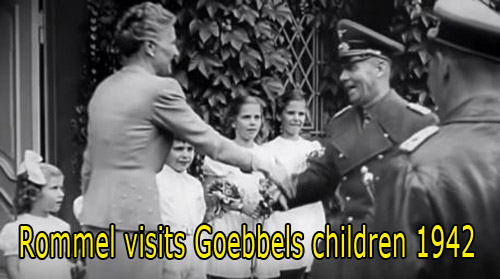 Víctor Correa Porcel - First song: Vera Lynn, The time you say goodbye - Second song: Marlene Dietrich, Lili Marleen - Third song: Vera Lynn, Auf Wiedersehn
Jack Bachagalupe Such a wonderful piece, beautifully presented. Thanks!
Júlíus Gylfason these men didn't get a fair trial..Nuremberg was a mock trial.
madi123 R.I.P, You will always be remembered as heroes!
World View They should have hanged Stalin, Roosevelt, and Churchill too. They all were war criminals. 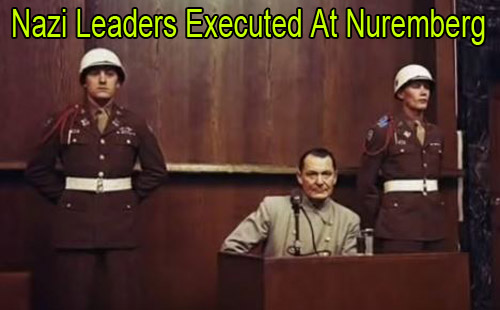 Maynard Becker, I think keeping him alive was a benefit to humanity in order to learn from his book: "Inside the Third Reich"
catbyte 06 I gotta hand it to Speer -- he certainly was shrewd. He managed to play the court at Nuremberg like a violin and it certainly paid off. He actually gained a certain measure of respect after his release from Spandau Prison in 1966. I remember seeing him interviewed for what is arguably the finest documentary series about WWII that was released in 1973, "The World at War" narrated by Sir Laurence Olivier.
Reni Speer - architectural genius
Fabio sunspot Speer did nothing wrong but support his countrymen, it's only natural the entire world was trying to destroy Germany. 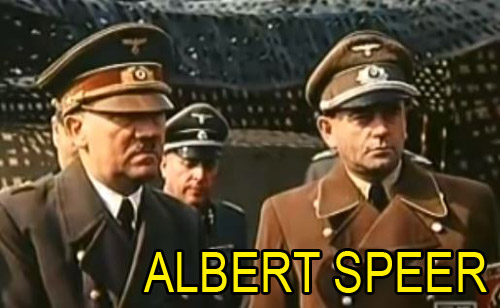 Adolf Eichmann - The logistical brains behind Hitler’s Final Solution. He organized the transportation and incarceration of 6 million Jews to the death camps. The Holocaust even made him rich. Eichmann stole the jews’ last possessions and sold them for profit. At the end of the war, when others were being arrested, Adolf Eichmann vanished. He had escaped to Argentina where he thought he was safe, but on his tail was Israel’s ruthless intelligence agency…Mossad. 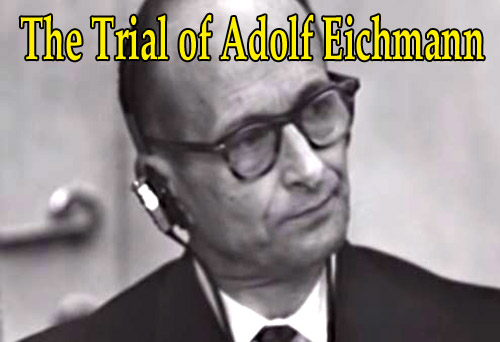 Frank Ziereis fled with his wife on 3 May 1945. He attempted to hide out in his hunting lodge on the Pyhrn mountain in Upper Austria. He was discovered and arrested on 23 May 1945, by an American army unit. He was shot three times in the stomach while trying to escape and brought to a U.S. military hospital set up at the former Gusen concentration camp where he died shortly after interrogation by a former inmate of Mauthausen, 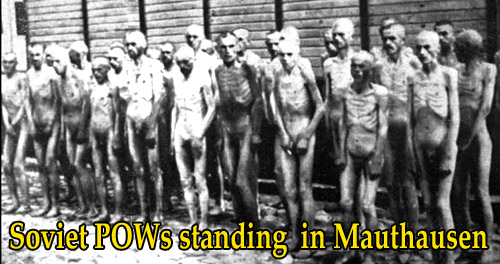 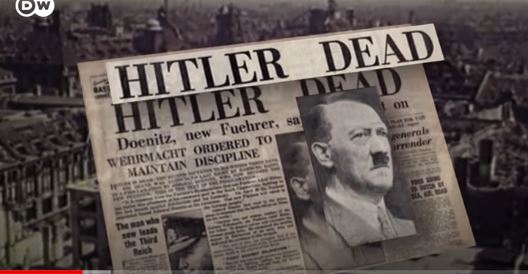 Adolf Hitler committed suicide in his bunker as the Red Army closed in on Berlin on April 30, 1945. But legends about the Nazi dictator's lived on. Was his body ever found? Did he manage to escape?
After Hitler, aides poured gasoline on his body and set it alight in the garden of his chancellery. A few days later, the Soviets discovered the remains. But the body was burned beyond recognition, and they could not be sure it was his. Only after a top-secret investigation could Hitler be positively identified, thanks to the information provided by his dentist.
At the same time, Soviet dictator Joseph Stalin publicly stated that his army had been unable to find Hitler’s body. Wild rumors swirled about Hitler's death. Stalin even accused some of the Allies of helping him escape. What were the secrets behind this deception?
What happened to the two German women who helped identify Hitler's body?
DW Documentary gives you knowledge beyond the headlines. Watch high-class documentaries from German broadcasters and international production companies. Meet intriguing people, travel to distant lands, get a look behind the complexities of daily life, and build a deeper understanding of current affairs and global events.
Subscribe and explore the world around you with DW Documentary.

Jared Freeland "Nothing can remain hidden, everything comes out in the end."

Robert Magaro The Man died of old age in and around Argentina, February 13, 1962
Crazy Sven I have been trying to track down all the information on the discovery of Hitler's and Eva's remains and the documents that tell exactly what happened for years. This is the best reference ever. Very thorough.
INTERNETVID Multiple persons in Argentina are on record as saying they saw and in some cases interacted with Hitler in the 1940s and '50s.