Harry Secombe with his UK #2 hit from March 1967. Petula Clark had already topped the chart a few weeks before with the same song in February. Composed by Charlie Chaplin. 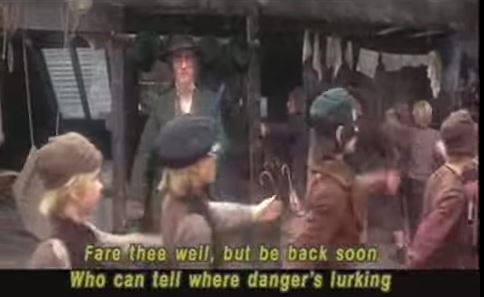 Song : You've Got To Pick A Pocket Or Two 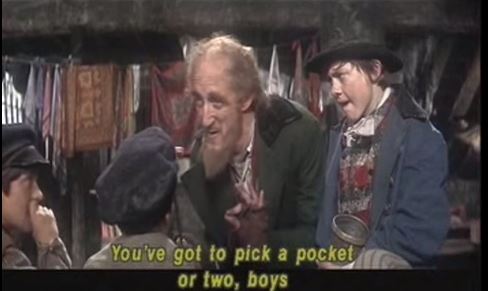 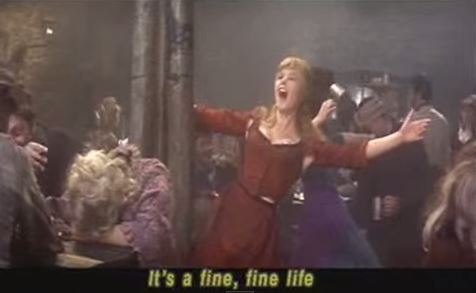 Oliver! is a 1968 British musical drama film directed by Carol Reed and based on the stage musical of the same name, with book, music and lyrics written by Lionel Bart.
The screenplay was written by Vernon Harris.
Both the film and play are based on Charles Dickens' novel Oliver Twist.

The film includes several musical numbers, including "Food, Glorious Food", "Consider Yourself",
"As Long as He Needs Me", "You've Got to Pick a Pocket or Two" and "Where Is Love?".

Filmed in Shepperton Film Studio in Surrey, the film was a Romulus Films production and was distributed internationally by Columbia Pictures.
At the 41st Academy Awards in 1969, Oliver!, which had earlier been nominated for eleven Academy Awards, won six, including Awards for Best Picture, and Best Director for Carol Reed. At the 26th Golden Globe Awards the film won two Golden Globes for Best Film - Musical or Comedy, and Best Actor - Musical or Comedy for Ron Moody.

Is it worth the waiting for, If we live till eighty-four All we ever get is gruel, Every day we say our prayers
Will they change the bill of fair? Still we get the same old gruel
There's not a crust not a crumb Can we find can we beg can we borrow or cadge,
But there's nothing to stop us from getting a thrill, When we all close our eyes and imagine,

Food glorious food Hot sausage and mustard While we're in the mood cold jelly and custard Pease pudding and saveloys What next is the question? Rich gentlemen have it boys IN-DI-GESTION

Food glorious food What is there more handsome Gulped swallowed or chewed Still worth a kings ransom
What is it we dream about? What brings on a sigh? Piled peaches and cream about six feet high

Oliver Reed, who had played Bill Sikes in Oliver!.