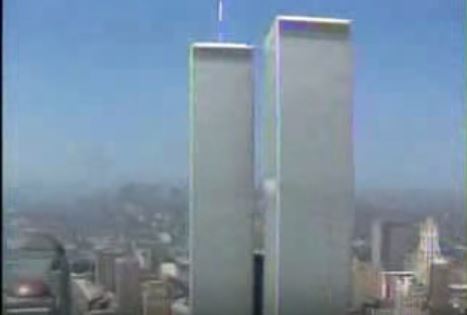 All comments and are to be approved before posting and I delete stupid ones.

If you never heard of Rick Rescorla, you are missing out on one of the best stories of an "American" hero.

During WWII the 175th Infantry Regiment of the U.S. 29th Infantry Division was headquartered in Rick's hometown. Being a typical young boy he fell head over heals in love with the American G.I.s. He grew up an athlete, excelling in boxing.

In 1957 Rescorla joined the British Army The Parachute Regiment and also serving with intelligence. Upon leaving the military he served various jobs as a police officer.

He moved to the United States and joined the United States Army in 1963 ... wanting to go to Vietnam to fight. In 1965 he was a platoon leader in the 2nd Battalion, 7th Cavalry Regiment, 1st Cavalry Division (Airmobile) and faught in the Battle of Ia Drang ... the battle recounted in the book and depicted in the movie "We Were Soldiers (Once ... And Young)"

While serving in Vietnam Rick earned the Silver Star, the Bronze Star with Oak Leaf Cluster, a Purple Heart, and the Vietnamese Cross of Gallantry ...

And didn't come back to the United States to throw any of them on the White House lawn ... nor did he join The Winter Soldiers and undermind his military brothers still fighting, bleeding and dying in Vietnam.

Rescorla was a very bright and astute man. He was a critical thinker. In 1992 he warned the World Trade Center's Port Authority that the massive structures were vulnerable to (what we call now) VIEDs in the basement parking garage ... but his warning was not heeded ... In 1993 the first terrorist attack on the WTC happened. Rick helped evacuate the building, and was the last man out.

Rescorla became director of security for Morgan Stanley headquartered in the World Trade Center in 1997. Feeling the WTC was too vulnerable a target for terrorists, Rick recommended Morgan Stanley leave the structure and find new office spaces. But they were locked into a lease. So, Rescorla then made certain all employees of Morgan Stanley train and practice in emergency evacuations from the WTC building, drilling them every three months.

On September 11, 2001 Rick Rescorla was supposed to be on vacation ... Instead, he was filling in so one of his deputies could go on vacation.

This, I believe, is one of the last known pictures taken of Rick Rescorla on 9-11-01 as he coaxed and lead the evacuation of Morgan Stanley's staff and employees out of WTCT2 and WTC5.

When all the Morgan Stanley employees were safely out, Rick went back inside to help more people escape the inevitable doom he had feared and predicted years before ...

Rick Rescorla's birth certificate may have said England but he was ... an American hero through and through, and in every cell of his body, and every fiber of his heart and soul