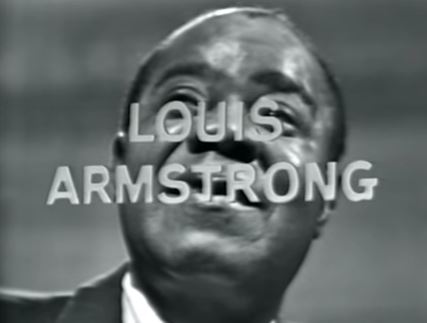 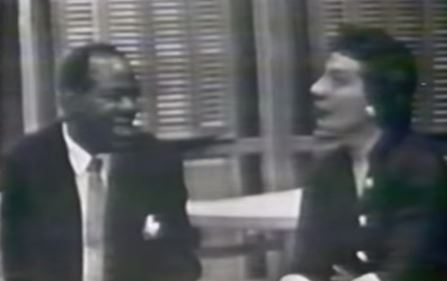 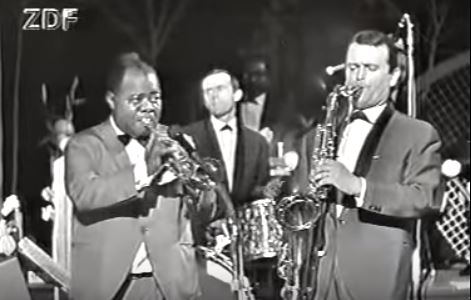 Louis Armstrong - When The Saints Go Marching In 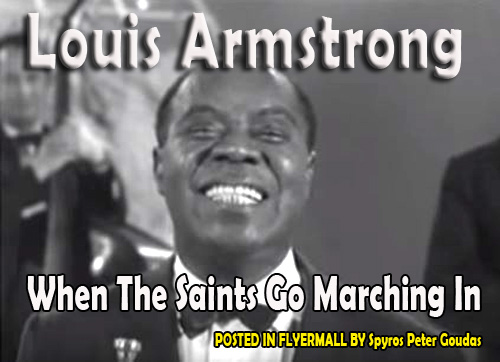 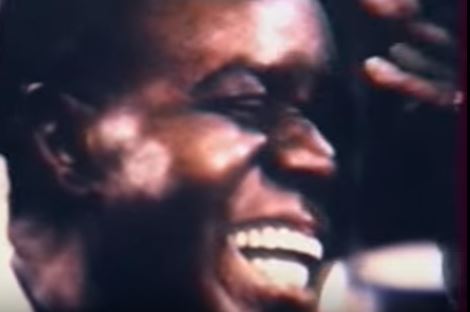 Considered one of the most influential artists in jazz history, he is known for songs like "Star Dust," "La Via En Rose" and "What a Wonderful World."

An all-star virtuoso, he came to prominence in the 1920s, influencing countless musicians with both his daring trumpet style and unique vocals.

Armstrong's charismatic stage presence impressed not only the jazz world but all of popular music.

He recorded several songs throughout his career, including he is known for songs like "Star Dust," "La Via En Rose" and "What a Wonderful World." 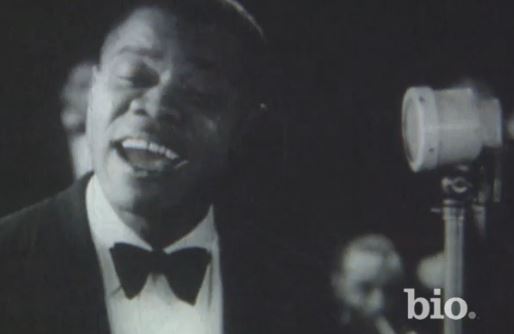 As aired once on A&E many years ago, here is Hearst film coverage of the funeral of Louis Armstrong. TV coverage only had the audio of this sad occasion, accompanied by stills.

The funeral was held Friday, July 9, at 1 P.M. at the Corona Congregational Church, 34th Avenue and 103d Street.NYC. Burial was in the Flushing Cemetery. 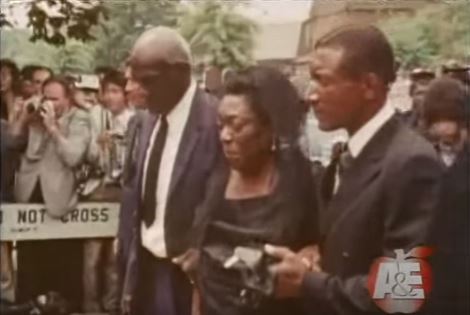