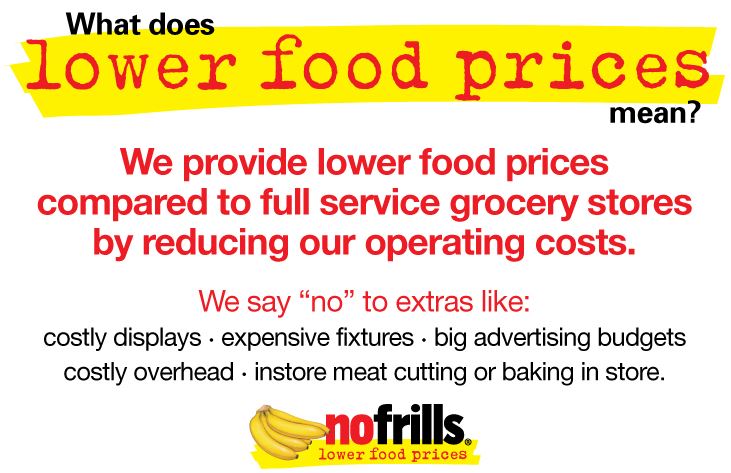 "We had to close the doors at 10:30 this morning and let people in as other people left." It was the kind of problem every store manager dreams of, especially on opening day.

The first nofrills® prototype store had swung open its doors in East York, near Toronto. The reaction on the part of shoppers was enthusiastic, to say the least.

The original nofrills® store was just that, no-frills. No product advertising, no store displays, no meat counter, no clerks to bag your groceries, and you had to bring your own bags or pay 3 cents for each.

"It doesn't bother me a bit," replied first-day customer Frank Atlas when asked about bagging his own groceries.
"I've saved a couple of dollars with this order."

While most grocery stores carried thousands of items, that first nofrills® featured only 500.

And many of the products were themselves no-frills, namely no name®, the line of generic products launched by Loblaws just months earlier.

With their distinctive yellow packaging, bold lettering, and low prices, no name® was proving a big hit with consumers. "They're a lot cheaper than name brands, most of them are just as good and some of them are even better," commented one Toronto shopper.

nofrills® was able to pass on even more savings by leaving products on display in their cardboard shipping cartons, with the sides cut away. Produce, normally washed by hand and carefully arranged, was left in its original box.

At a time when consumers were feeling the pinch of high inflation, many were only too happy to give up the frills to save money at the checkout counter.

Business boomed but became increasingly competitive through the 1980s.

Then, in 1987, Loblaws decided to harness the entrepreneurial spirit of local ownership, changing the stores into franchise operations.

A lot has changed over three decades. That first prototype store has grown into more than 150 franchise locations across Canada.

While the first stores had only a few hundred items, today's nofrills® has thousands to choose from, including fresh produce, meat, and the very popular President's Choice®, as well as no name® line of products.

But with all that has changed over the years, the nofrills® concept remains the same, focusing on great meat and produce, commitment to the community and trusted low prices. 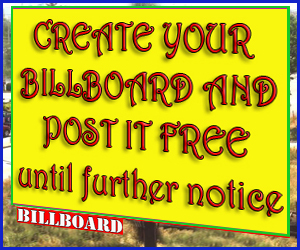 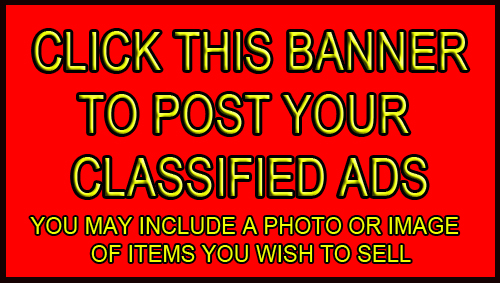 Click on the link below to view more interesting FlyerMall.com subjects.